Meet the Team and the history....so far

Devon 4x4 was started by Simon and Liz Buck in 1993, becoming a Devon 4x4 Centre limited in 1995. Initially Devon 4x4’s core business was the purchase and sale of four wheel drive vehicles, such was the care and attention to detail lavished on the sales vehicles that we were soon receiving requests from customers to maintain and or modify their vehicles.
During 1994 we employed our first mechanic and in 1996 we took on our first apprentice, who remained with us until April 2013 when he relocated to the East of England with his partner. In 1997 we employed our next mechanic (Martin Kingdon) who is still with us to this day and now acts as general manager.
Motor sport has been a long time passion of Simons, during 1996/7 he started competing off road, and it was during this period that we had a watershed moment. Whilst in the office shortly after a competition he received an enquiry for some parts that he’d made and fitted to his competition Land Rover, he advised the customer that he could make these parts for him and he’d send them to his address in London, however the customer wanted them fitted by us and said that he would be happy to drive to Devon for the work to be carried out.
Once the job was completed Simon asked the customer how he knew of these parts and how he knew of Devon 4x4, his reply was quite a surprise, some months earlier, he along with his co-driver had competed in an off road event which had been covered by one of the leading Land Rover magazines of the time, the customer read the article and saw various pictures of our vehicle in the magazine. Taking a magnifying glass he was able to read the telephone number on the wheel cover and thus contact us.
As luck would have it, it was about this time that we were contacted by a four wheel drive parts supplier (we still work with this company and have been its largest customer for many years) to see if we would be interested in selling their accessories. Liz and Simon discussed it at some length and agreed that they would give it a go, and thus our telesales business was born, at that time the internet was still very much in its infancy, at least to a small business like us it was.
In 1999 we launched our first web site and this was closely followed in 2000 by a revised version, over the years the web site was updated until 2008 when we launched the latest online web site, now in 2015 we are about to launch our latest site with all the up to date features that would be expected of us.
It soon became obvious that it was not possible to source some of the products that they wished to sell so the only option was to make our own and in 2003 the brand D44 was created, Simons co driver joined the team to run the fabrication department and a year later we employed our first specialist fabricator.
Over the years Simon has competed in many International off road events all over the world including the world famous Rain Forest Challenge of Malaysia, Outback challenge of Australia, Outback challenge of Morocco, Croatia taking numerous wins and podium finishes, and in the process meeting countless people who have become close friends and customers who we’ve gone onto work with over the years.
Our International adventures have formed the basis of our expedition experience, and as such our expedition preparation business was formed, now Devon 4x4 prepare various makes of vehicle to differing  levels to suit all requirements for trips around the globe.
20 years later and Devon 4x4 are widely considered the market leader in the design and supply of specialist off road equipment boasting one of the largest stocks of specialist equipment in the UK and Europe; we supply not only the enthusiast and trade but are proud to have earned preferred supplier status to numerous multinational blue chip companies and OEM’s. Devon 4x4 has become synonymous with high quality work and is regarded as the bench mark for vehicle builds and preparation.
As the business grew we were able to employ knowledgeable and dedicated sales team, our office now holds a team of 9 to sell and support the day to day running of the business, and in total we have 26 staff on site and are currently looking to expand this dramatically over the next 12 months.
Of course none of this would have been possible without our loyal customers, many of whom have become firm friends, the team at Devon 4x4 would like to thank you for your custom and loyalty that you have shown us over the years and we look forward to a long a fruitful relationship in the years to come, you are all part of the Devon 4x4 team.
With work nearly completed on our new storage and dispatch facility, and 3 phase installed mid-summer Devon 4x4 will take another major step forward with expanded warehousing, vehicle workshops and fabrication facility.
Watch this space, this story is far from over! 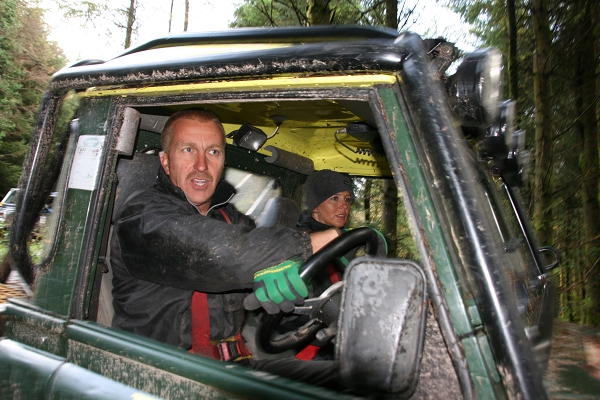 The founder of Devon4x4 Ltd has been involved with 4WD vehicles and motor sport of one kind or another most of his adult life.
Simon is one of the best known faces in competitive off-roading and has competed in and won some of the toughest events in the world. His vast technical knowledge provides him with an insight into every aspect of vehicle preparation. 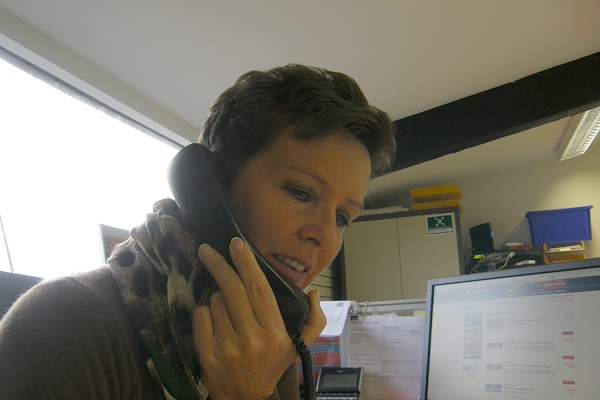 Liz heads up the office team at Devon 4x4, having been married to Simon since 1984, shares the passion for all things 4x4 and has a vast knowledge of the 4x4 market place.
On non competitive events Liz can often be found in the co driver’s seat of the familiar Devon 4x4 vehicle. 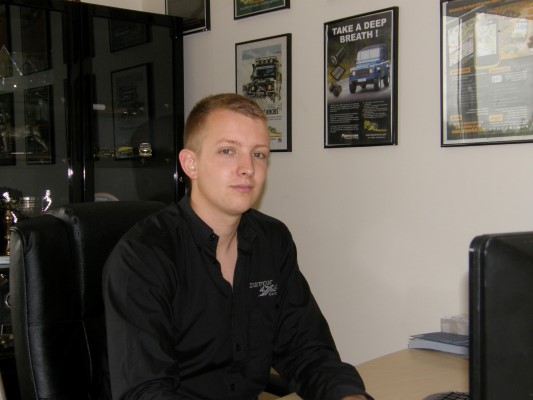 It was never intended that Ryan would join the company, although raised within a motor trade environment Ryan trained for a future elsewhere, however due to the economic turn down in 2008 work became difficult to find, so as a stop gap Ryan started to help out with book keeping and IT duties.

Ryan has since re-trained as an accountant and is now an invaluable member of the team; his responsibilities cover everything from accounting to systems organisation. 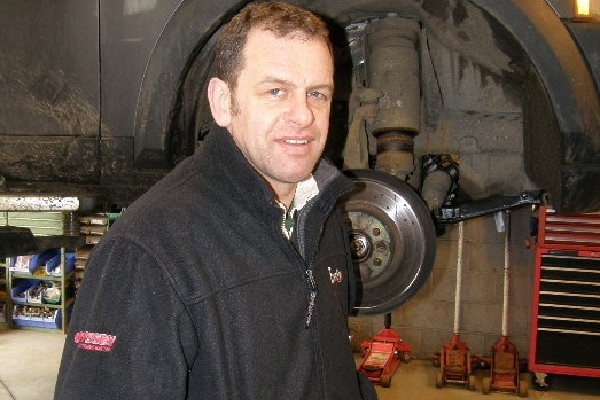 Martin joined Devon 4x4 in 1997 as a technician and bought a vast mechanical knowledge to the company. Over the years Martin has climbed through the ranks from technician to General Manager and supports Simon and Liz in the day to day running of the company.
Martin has taken part in many of-road events both as driver and co driver. 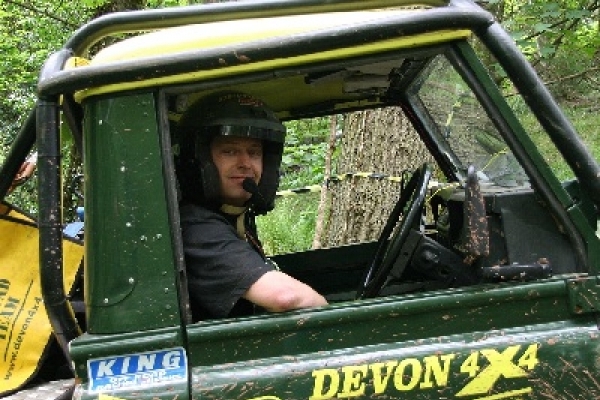 Jake relocated from London to join the team at the beginning of 2007 as a store man.
It soon became apparent through his love of all things off-road that Jake was far better suited to the role of sales person and is now progressed to Sales Team Leader, his knowledge being honed from competing in several off-road events every year. 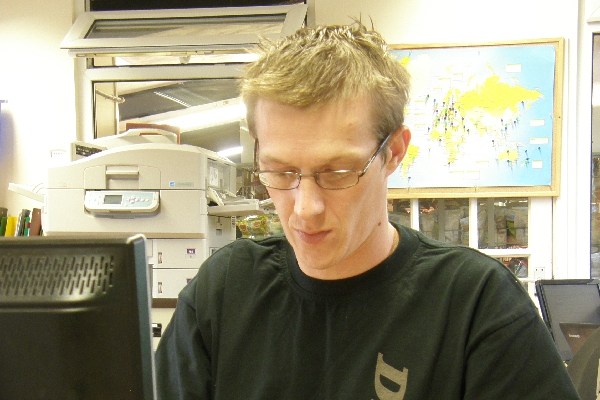 Michael recently joined the team and is currently modifying his Mitsubishi Shogun Sport for off road use. 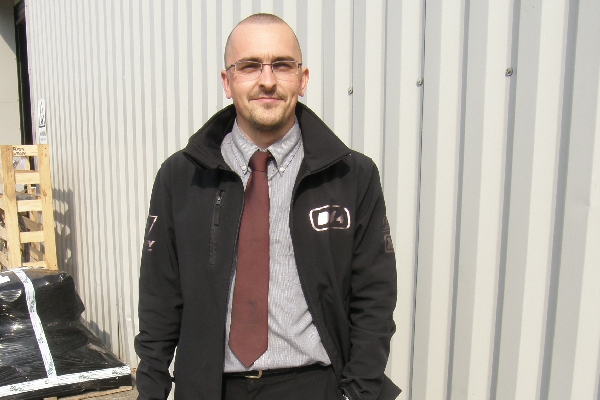 Jon joined the team in January and heads up sales for our parts counter. 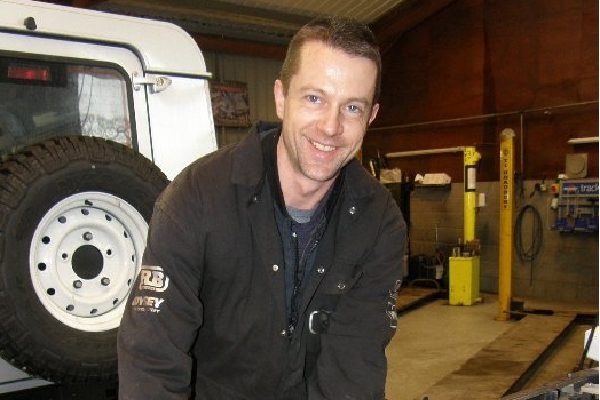 Ivan joined Devon 4x4 as a senior technician at the beginning of 2004 and enjoyed a fruitful 3 years before emigrating to Canada with his Canadian wife, Ivan and his wife returned to the UK in 2010 and we were very pleased to re-employ, Ivan has accumulated a vast knowledge for 4x4’s over the years and puts it to good use in the Devon 4x4 work place. 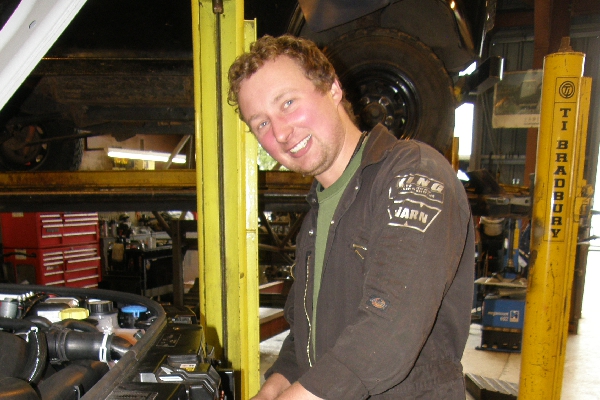 Nick joined Devon 4x4 as an apprentice in 2003, Nick is now employed as a motor vehicle technician and aside from routine repairs is responsible for winch repairs and work shop fabrication. He is also a very enthusiastic off-roader competing in several major off-road events. 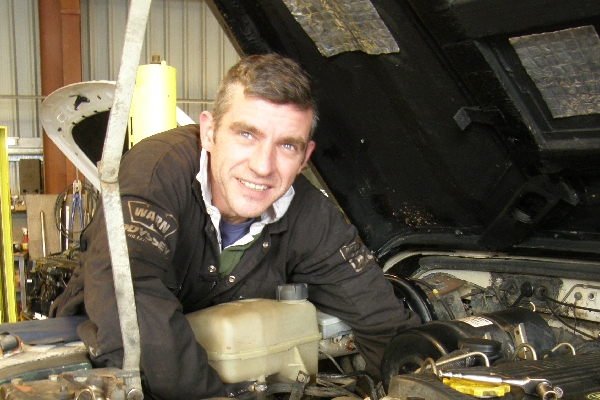 Andrew joined the Devon 4x4 workshops in 2004 after a tour in Iraq with the army. Andrew is a keen off-roader and cherishes his Land Rover Tdci 110. He has a strong back ground not only in the motor industry but also in the tyre industry. 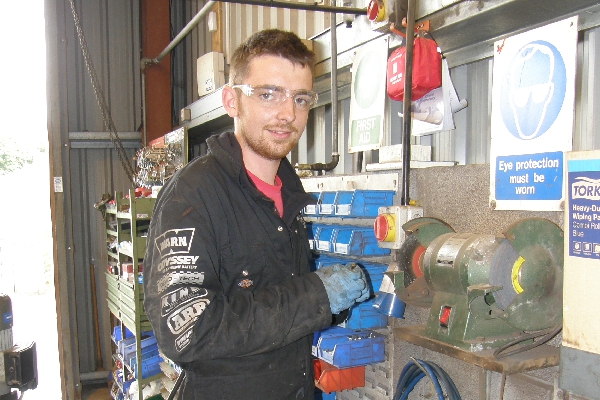 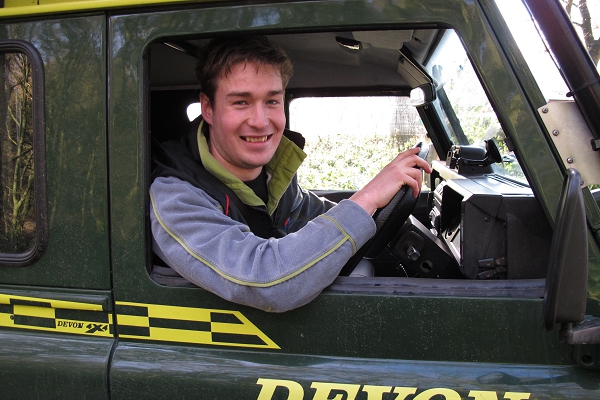 Mike joined Devon 4x4 in 2010, starting out as a store man, Mike soon moved to dispatch which complimented his organisational skills. 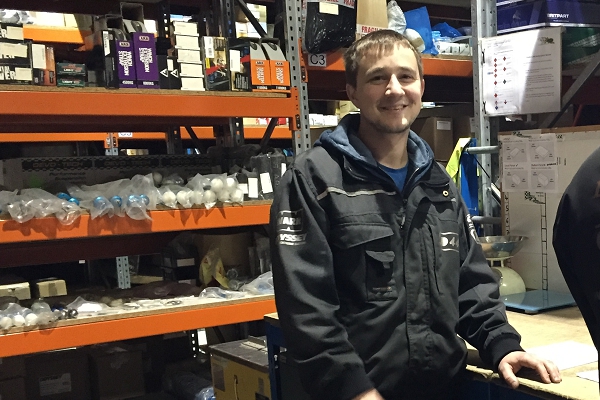 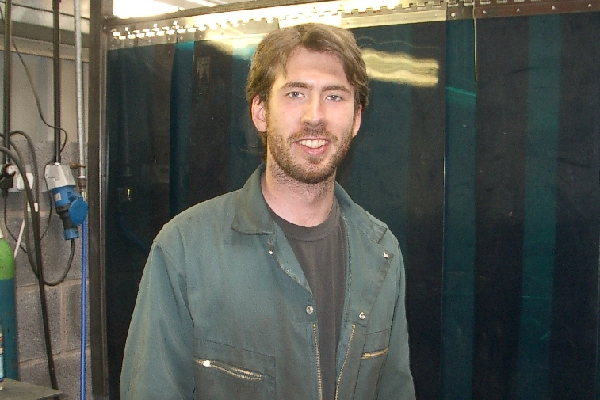 Simon has been with D44 since 2008 and been responsible for helping create the super range of D44 products. 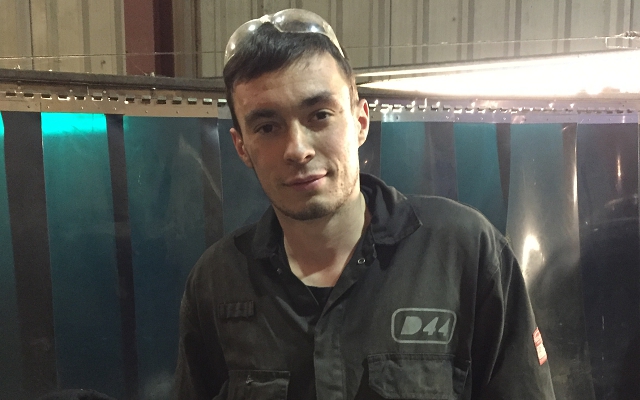